Emerging Issues In Leadership: the role of African youths 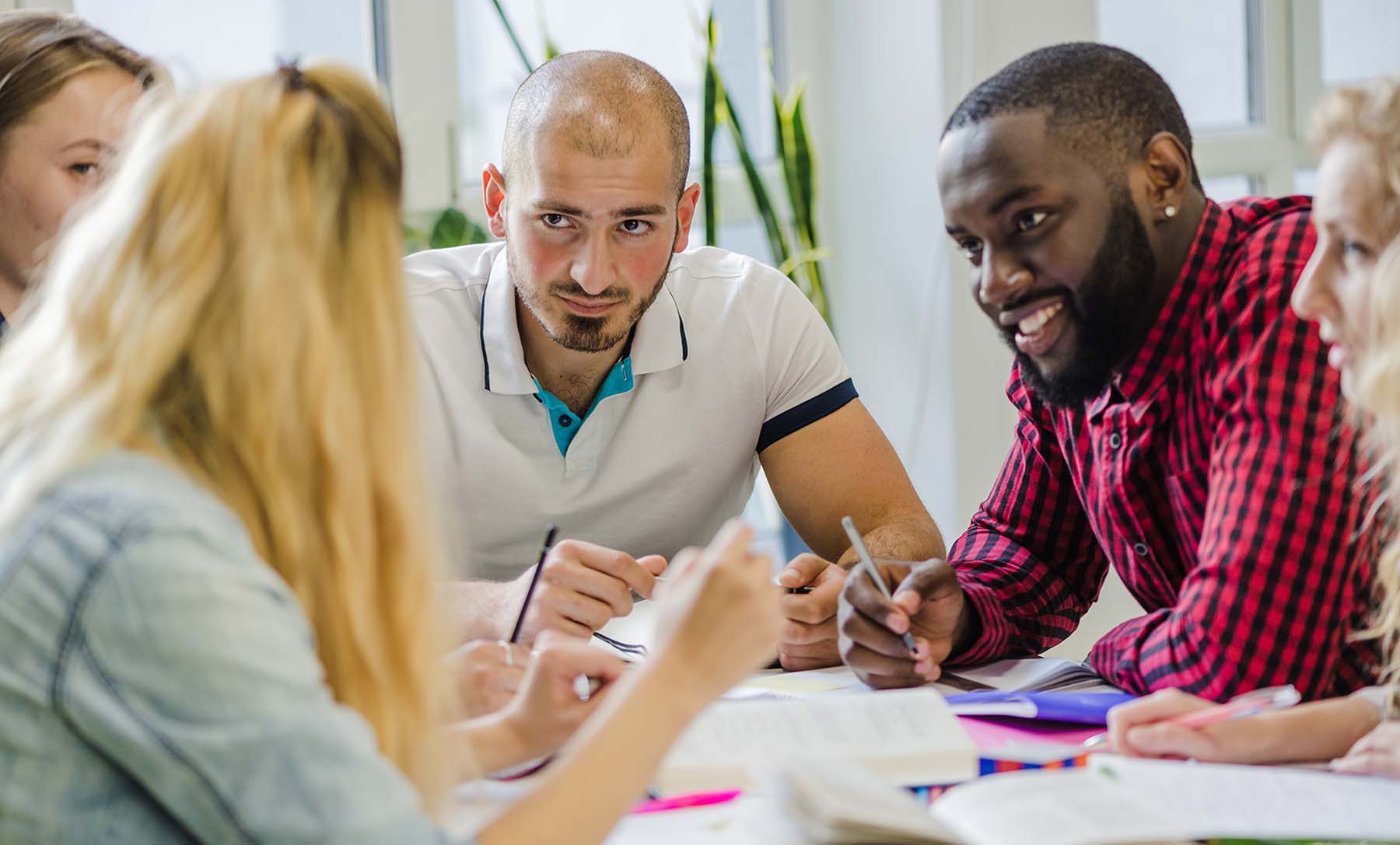 Emerging Issues In Leadership: the role of African youths

A recent newspaper publication revealed that of the 87,000 medical doctors on the register of the Nigerian Medical Association only 35,000 of them are actively engaged in medical practice in Nigeria, the rest have fled the country. Nigeria with a population of over 170 million has only 35,000 registered doctors. Of this figure, 70 percent practise in urban areas where only 30 percent of the populace lives.

The implication of this is that Nigeria’s doctor-patient ratio is among the worst in the world currently hovering above 50,000 patients to one doctor rather than recommended 1:600 ratio. This limits access to quality healthcare to millions of Nigerians.

According to Folashade Ogunsola, a professor of medicine and chairman, Association of Colleges of Medicine of Nigeria, it will take the country 100 years to have all the doctors it needs to meet WHO requirement assuming none travels abroad.

In 2012 the director of an international medical referral organisation in Lagos stated that Nigeria looses about 81 billion naira on medical tourism annually. This figure only represents travelling expenses.

We lack national healthcare plan, and if there are any, it is not implemented to meet the needs of the people thus increasing the rate of medical tourism.

“An air ambulance to Germany cost N20 million while an average ambulance charter to India cost N30 million.
“All these huge amount of money goes out of Nigeria everyday whereas, we can keep them here, if we do the right thing.

Africans still embark on the very deadly journey, going through the same sea to Europe to seek a better living. The road and means of getting to their destination seem not to matter to them; they are just desperate and are ready to throw everything into it.

On the 1st of June, 2017, the media reported that at least 44 Nigerians and Ghanaians died at the Sahara desert when their vehicle broke down enroute to Libya from where they hoped to travel to Europe. Three babies, two minor children and 17 women are among the victims, the website reported.

Reports such as these keep making the headlines everyday. A recent report by the Nigerian Immigration Services indicated that over 10000 Nigerians died in the sahara desert or drowned in the Mediterranean sea between January and May 2017. Punch Newspapers quoted the NIS Assistant Comptroller – General, in charge of training, manpower and development, Mr. Maroof Giwa , as saying that 4 , 900 Nigerians died in the Mediterranean Sea while the rest died while going through the deserts in their bid to cross to Europe .

The chairman of the group said, annually, Ghana gets N160 billion of Nigerian students’ funds, while Nigerians spend over N80 billion on education in the United Kingdom. This is not good for our society.

Why is African nations struggling? Why do we depend on foreign talents to build our roads, train our children and even teach us how to play football? It is not because we lack the drive or the talent to develops our market, build our education and health institutions, it is because we lack values that can sustain a progressive society.

Many time we blame our condition on the government. But something we need to understand is that African leaders do not come from elsewhere, they are our brothers and sisters. They are like the rest of us. The attitude of the government is simply a reflection of the attitude of the people. Many of the leaders we condemn today condemned others just a few years ago. How come then they are doing the very same things they condemned yesterday. People have to be leaders first before they can executive leadership responsibilities. If they are not, the position will not make them into one.

It is politics that drives the national development. In their book ‘Why Nations Fail’, Acemoglu and Robinson stated that the major difference between developed countries and developing countries is in their political evolution. While developed countries have political and economic systems that are inclusive and offer opportunities for most wealth creation, developing economies have political and economic systems that are extractive. Political leaders use political power to channel economic resources to benefit themselves and those close to them without much restrictions.

This is the reason why many African economies are not sustainable. Except this model changes Africa will continue to wallow in difficulties. England was much like Africa until the green revolution in 1688 that transformed their politics and thus the economics of the nation. People fought for and won more political rights, and they used them to expand their economic opportunities. The result was a fundamentally different political and economic trajectory, culminating in the Industrial Revolution.

But the extractive political model is more than a political ideology. It is a way of life for us. We build our businesses with the same model also because that is how we think. So change will actually begin with us individually. There has to be a shift first of all in the way we think, in our value system and our how we reward performance.

The first step is to recognize the responsibility of solving the problems in the society as ours. We can’t wish our challenges away. We can only wish that unemployment rate in Nigeria is not increasing, but the facts staring at us from the National Bureau of Statistics indicates that Nigeria’s unemployment rate has increased from 13.3% to 14.2% meaning that about 11.55 million Nigerians are currently unemployed. And don’t forget that 1.8 million Nigerians enter the job market every year according to former finance minister, Ngozi Okonjo Iweala.

We can’t wish away the fact that Nigeria ranks 127 out of 138 in global competitiveness report moving backwards from 124 in 2016. Now competitiveness is the set of institutions, policies, and factors that determine the level of productivity of an economy, which in turn sets the level of prosperity that the country can achieve. These problems are real and we have to solve them.

Besides this also is the fact that we now live in a globalized world and the definition of citizenship now goes beyond the the boundaries of our nation. The world now talks about global citizenship. Meaning that you much a part of what is happening in far away China, much affected by the activities of ISIS and al-Qaeda as much as you are affected by the Boko Haram insurgency. We have come to a time in our history of the world when the lines of national boundaries are becoming thinner everyday. Brexit, Syria nuclear threat, American trade policy, clean energy and the crisis in the middle east is your problem as well as it is mine. The new maxim for living effectively on earth today is collaboration.

As we sit here today, someone is at some corner of the universe plotting how to blow up a cinema full of people and kill all of them. Someone is planning how to use biological weapons and wipe out an entire community or how to hijack a plane and use it for a terror attack. As we sit here some African youths are probably risking their lives to cross the Sahara desert to get to Libya bound for Italy where they will accept conditions and jobs they never would have done in their country. May be some are right now battling the dangerous waters of the Mediterranean sea. These are our brothers and sisters and many of them will die, not because it couldn’t have been different at home but because we have never accepted the challenge of leadership.

I will not forget the tears with which a man receives the painful news that his pregnant wife has died during labour. Not because she was supposed to but because we lack the expertise, the facilities and manpower to tame the tide. Reports from CIA World Fact Book indicates that Nigeria’s Maternal Mortality Rate is 814/100000 live births excluding incedental or accidental causes. This means that Nigeria looses over 400,000 women as a result of child bearing related issues annually. A UNICEF report shows that every single day, Nigeria loses about 2,300 under-five year olds. This makes the country the second largest contributor to the under–five mortality rate in the world.

Let’s not forget about HIV/AIDS and how it is still ravaging lives. HIV / AIDS is a major public health concern and cause of death in many parts of Africa. About 15.2 percent of the world’s population live in Africa of which about 35 million persons are infected and 15 million of these have already died. Sub-Saharan Africa alone accounted for an estimated 69 percent of all people living with HIV and 70 percent of all AIDS deaths in 2011 according to various reports In the countries of sub-Saharan Africa most affected, AIDS has raised death rates and lowered life expectancy among adults between the ages of 20 and 49 by about twenty years.

What is our role in this? What can we do?
No problem in the world is personal any longer and we have to understand it, leverage on that and flush out evil in our world. The bible said that the evil shall bow before the good and the wicked at the gates of the righteous. Do not for one moment accept that our challenges defile solutions. If you will hold my hands and I hold yours together we can make a difference. You may have a song and I may have a studio, if we hold our hands and think beyond instant gratification, we will use your song and change the world.

As we talk here someone is sitting at one remote place in the world thinking about how to tackle some problems in the world so we can have a better life. He may not be in Washington or Silicon Valley, but beginning with his own world, looking at those around him, he thinks of how to make their life easier. Someone is sitting with his computer right now trying to create a new mobile app for the world. His mobile app might be able to help us sense a bomb and other explosives within a certain radius. He will create that app and somehow find a way to collaborate with other individuals and organisation to make his app available to us. This is the spirit of leadership. That’s the attitude that works.

It is not so much about the project you choose to work on as it is about your attitude towards life. With the right attitude and considering the enormous resources we have been blessed with, our possibilities are endless. All that needs to change is our thinking. The responsibility for transforming Africa is ours, we can’t wait for the government or some powerful nation out there. We must begin to look inwards to draw on our potentials and create change.

I’m not suggesting this is an easy task. No, far from that! It is work, huge work, huge sacrifice. It will take everything from us. But if we want to see an Africa where life will be easier for our children, an Africa where our children can find fulfilment to their dreams, African nations with good roads, quality education, good hospitals and responsible government, then we have to get up and stand for something. These are not days of small dreams, no its a time to dream big.

Remember, except we do something today, our situation will remain unchanged. It is easy to complain and blame but that will take us nowhere. Let’s think about the future, let’s think about our children, let’s think about the generations to come and let us rise as one to defend our people against hunger, poverty, ignorance and incompetence. Let it be said in our time and day, yes, Africa leads the world. Let’s make it happen.